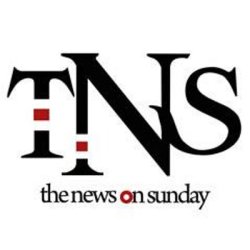 On January 29, Asad Umar, the federal minister for planning, development and special initiatives, chaired a meeting to review progress on the setting up of the Hyderabad University. Sabir Hussain and Syed Salahuddin, the Mutahida Qaumi Movement-Pakistan MNAs from Hyderabad district, and officials from the Higher Education Commission and related departments also attended the meeting.

The meeting was part of the efforts by the federal government to persuade the MQM-P to rejoin the federal cabinet. When the MQM-P announced its support for the Pakistan Tehreek-i-Insaf in forming central government in 2018, a clause pertaining to setting up a university in Hyderabad was included in the 9-point memorandum of understanding between the two political parties. 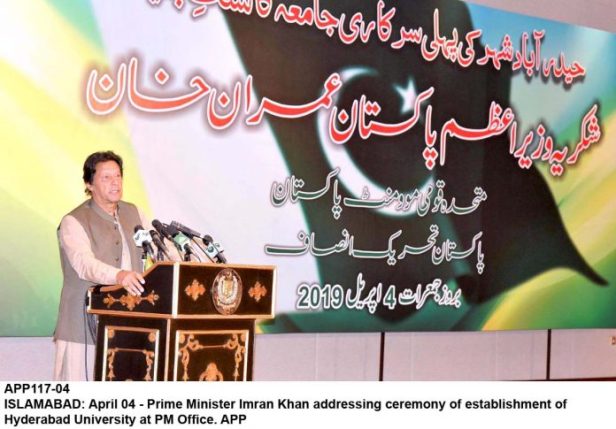 In April 2019, Prime Minister Imran Khan laid the foundation of the University of Hyderabad in an event in Islamabad. Without naming the Pakistan Peoples Party, Khan said that political elements should not hinder efforts for establishing the varsity. It was announced that the university will be a federal institution. Land was provided for it in the Kohsar area of the city. However, the MQM-P was not satisfied with the progress on setting up the varsity. The issue resurfaced when the MQM-P left the federal cabinet over unfulfilled promises, including a university in Hyderabad to be completed by January 2020.

A university has been a long-standing demand of the city’s residents given the demographic dynamics of Hyderabad and its surrounding districts. Given the tensions between the province’s two major political parties – the PPP and the MQM-P–, residents of the district have been denied a higher education facility.

For the past several years, the MQM-P has been leading the politics on the university. To this end it has moved several bills in the Sindh Provincial Assembly.

“Although the PPP-led provincial government has established a number of universities and medical colleges in the past few years in the province‘s northern districts, it did not set up a varsity in lower-Sindh, which is entirely dependent on the University of Sind for higher education,” says Riaz Sohail, a journalist. “Despite being the second largest city of the province, Hyderabad has been left behind in social and economic development mainly because of the effects of ethnic violence of the 1980s,” he adds. “The ruling political parties now view the development projects in Hyderabad through an ethnic lens.”

Like Karachi, Hyderabad is no longer a support base of the PPP because of its ethnic demography. Religious parties, including the Jamiat Ulema Pakistan and the Jamaat-i-Islami, dominated Hyderabad’s politics and enjoyed support of the Mohajirs till the 1970s. Since its emergence in the early 1980s, MQM used several slogans, including establishing a ‘Shehri [urban] University’ to woo support from the Mohajir community. Since then, it has dominated the city’s politics. Even in the 2018 general polls when the MQM-P suffered a humiliating defeat in Karachi, it managed to win two out of the three National Assembly seats from Hyderabad.

Thousands of students from Hyderabad are facing difficulties as they have to travel to other cities for getting higher education. The nearest public sector universities for the people of Hyderabad are located in jamshoro district.

However, analysts point out that the MQM did not establish a university in Hyderabad during its reign in the province during General Pervez Musharraf’s regime.

The PPP argues that its government has upgraded the 100-year-old Kali Mori College recently into a university and calls it a gift for Hyderabad’s residents. It also says that some universities already exist in the neighbouring Jamshoro district so that there is no need for a new varsity in Hyderabad.

In 2013, the then provincial education minister, Pir Mazharul Haq, during a ceremony at the University of Sindh, had openly said that he would not allow anybody to set up a public university in Hyderabad. Later, Haq had apologised after facing strong reaction from the MQM.

In 2014, the MQM-P had convinced the property tycoon, Malik Riaz, to set up a private varsity in Hyderabad named after the party founder, Altaf Hussain, in Kohsar. It got the university charter approved by the Provincial Assembly. But after the August 22, 2016 speech of Hussain, the plan was halted. Former prime minister, Nawaz Sharif, had announced that a university would be established in Hyderabad. His successor, Shahid Khaqan Abbasi, had approved funds for this project but none of these decisions were implemented.

Dr Asma Faiz, an academic at the Lahore University of Management Sciences (LUMS), who has researched on Sindh’s ethnic politics extensively, says the issue is part of the larger framework of Sindh’s ethnic and political polarisation. “In Sindh, this polarisation has been mirrored everywhere, including allocation of funds, setting up of higher educational institutions and showing mistrust among communities and political parties in the province.”

Thousands of students from Hyderabad are facing difficulties as they have to travel to other cities for getting higher education, according to residents of Hyderabad. The two public sector universities nearest for the people of Hyderabad are located in Jamshoro district. This means that the students have to travel a distance of around 20 kilometres on a daily basis.

A number of students have complained that they have been rejected by the universities in Jamshoro which offers enrollment on the basis of urban-rural quota. “Because of this, a large number of students who are from Hyderabad city remain deprived of higher education,” says Shabbir Sabri, a school teacher in Latifabad in Hyderabad.

The opponents of the university demand argue that since the institution would be located in the area dominated by the MQM-P, Sindhi students would not be given admissions.