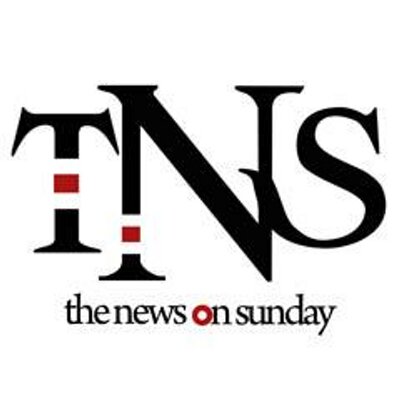 Haider Ali, a mobile phone technician, wanted to lodge a report with the police about his missing national identity card (CNIC). When he went to Karachi’s Gulistan-i-Jauhar police station, a police guard stopped him at the gate. When Ali described why he had come to the police station, the guard told him that he could not go inside until he loosened his pocket for ‘chai-paani’.

Gulab Shah, a daily-wage worker in Karachi’s Landhi, wanted to lodge a report after he had been mugged. But his family members and friends advised him not to lodge a report because interactions with the police can be frustrating, time-consuming and costly. “First, I will have to pay chai-paani to register the report, and then will have to visit police stations regularly…even though I am a complainant,” he explained.

Shahzeb Salman, a software engineer, wanted to lodge a report about missing leaves from his cheque book. He went to a police station in Karachi’s posh locality of Defence. Nobody stopped him from going inside and the duty officers greeted him well and without further ado lodged the report.

This stark difference in the attitudes of officers at police stations in the country’s major urban centre relates directly to the socio-economic status of the neighbourhoods in their vicinity, and at times, even to personal appearances.

For the past two decades, bringing a change in the thaana culture has become an essential part of political rhetoric. Successive governments have been promising the public a change in the policing culture. Prime Minister Imran Khan excessively uses the rhetoric of changing the thaana-kuchery culture in the country and vows to develop the police force on modern lines.

But on the ground, the situation is very different, where various public surveys and reports show that police are one of the most widely feared and least trusted government institutions in the country. Public fear of the police is one of the main reasons for the limited use of the grievance redress and accountability systems.

On a daily basis, the people are in close contact with the police. They receive and file complaints at police stations and perform duties on public spaces.

Zoha Waseem, a research fellow at University College London, says that police are the first point of contact between the citizens and the state. “It means that every time a citizen walks into a police station to register a complaint, and every time he or she is turned away and an FIR is not filed, or every time a citizen is mistreated and asked for chai paani on a traffic stop or during snap-checking, it becomes a personal issue for that citizen because it challenges his identity and his relationship with the state,” says Waseem, who has carried out extensive fieldwork in Karachi on policing.

In former colonies, such as Pakistan, she says public trust in the police has historically remained low because there is suspicion, scepticism, and violence inbuilt in the intitution’s culture.

“The Pakistani policing system was designed by British colonisers simply to control mobs and ensure that nobody can create any problem for the government in the subcontinent,” says Asad Iqbal Butt, vice chairperson of the Human Rights Commission of Pakistan. “We are still living with this centuries-old colonial police system where the police force has been used as a weapon to rule on the majority of the people.”

Police officers also agree that public fear the police because behaviours of police officers are bad, insulting and intimidating. “It is part of the thaana culture where most of the police personnel believe that if they do not instill fear, people will not accept their authority or respect them,” said a senior police officer in Karachi, requesting anonymity (the Sindh government has recently banned police officers from talking to the media).

Amidst growing concerns surrounding police accountability and lack of public trust in the institution, several initiatives such as the formation of internal police accountability branch in Sindh and Khyber Pakhtunkhwa, and the enforcement of Punjab Police Efficiency and Discipline Rules 1975 and the Punjab Civil Servants (E&D) Rules 1999 in Punjab, have been taken that are mainly aimed at ‘conducting inquiries against policemen over allegations of corruption, misuse of powers and other complaints in a transparent manner’.

Police officials claim that action against personnel over poor conduct towards people has gradually revived confidence of the people.

In the first six months of 2019, after Dr Kaleem Imam, the Sindh police chief, shared his personal WhatsApp number, asking people to lodge complaints against police officers if they refuse to lodge FIRs or if they demand undue money, hundreds of complaints against police were received. Action was taken against 40 officials – 23 were handed severe punishments while 17 others were given minor punishments. “It was a widely held belief that police can get away with anything and everything. But the police has been trying hard to remove this misconception,” said the police officer in Karachi.

Several initiatives such as setting up of model police stations and facilitation centres, registration of online FIRs, and appointment of SHOs based on their qualification, have been taken aiming at ending the chai-paani or bribery culture thriving at police stations.

Still, experts say that these measures have not helped entirely revive public confidence in the police nor are these sustainable. “Reforms are always personality-driven, which means that most initiatives crash and burn when a chief is replaced,” says Waseem.