The Tehreek-e-Taliban Pakistan (TTP) is on the backfoot.

Nearly 11 years after it was formed by Baitullah Mehsud, the militant outfit is crumbling due to a sustained crackdown by law enforcement agencies, the killing or capture of its high-ranking leaders and an internal rift.

Reeling from losses, it is now desperate to re-establish former networks and overcome internal differences.

Its frustrations were evident in a document released in late September. The 13-page booklet, titled ‘Strategy for the TTP militants,’ outlines the group’s future plan of action. It includes chapters on possible targets, maal-e-ghanimat (spoils of the war), the use of suicide bombers, the treatment of hostages and spies.

Another chapter issues special instructions and aims to provide guidance on overcoming differences of opinion in the Taliban ranks. 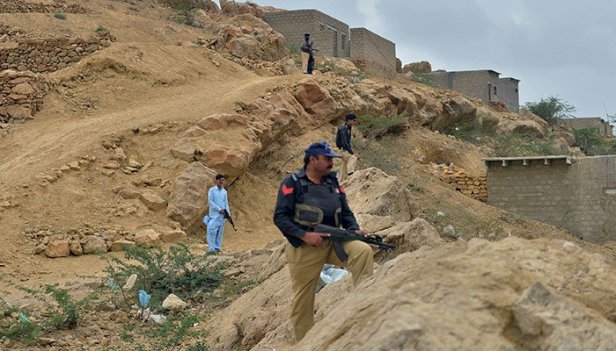 One of the most prominent faction to break away from the TTP is the Jamaat-ul-Ahrar (JuA), formed by TTP commanders from the Mohmand region in 2014.

Soon after its creation, Ahrar too splintered when Mukarram Khan, a militant leader, created Hizbul Ahrar, due to differences with Omar Khalid Khurasani, JuA’s chief.

Since then, Hizbul Ahrar has claimed responsibility for several attacks, including the October 3 killing of a police officer in Karachi’s Gulshan-e-Maymar neighbourhood.

The factionalism has also led to territorial infighting between rival groups. More and more militants are being targeted and killed after being labelled spies by an opposing outfit, furthering weakening the TTP.

Keeping that in mind, the TTP’s manual instructs that a “person, if involved in espionage, can only be killed by an ameer or naib ameer.”

The document also suggests revamping the outfit’s organisational structure. Every area will now have its own shura (council) comprising of at least six members. “If six members are not available in a specific area, the decision-making authority of the local chapter would be suspended temporarily.” Moreover, a volunteer will be deputed in each area to keep the central leadership apprised of the happenings.

Interestingly, the TTP has amended its previous policy of targeting religious parties. In the new document, it orders its foot soldiers to refrain from attacking leaders from such political parties. However, it allows them to target security agencies, judges, lawyers and pro-government lashkars as well as non-governmental organisations and forces ‘promoting vulgarity’.

The TTP is notorious for killing innocent people in public places, such as schools, worship places and playing grounds. But in the booklet, it has urged its suicide fighters to limit civilian casualties.

The manual is believed to have been authored by Mufti Noor Wali, who succeeded Mullah Fazlullah in June after the latter was killed in a drone strike.

“The TTP is weak,” says Munir Ahmed Shah, a Karachi-based journalist, “It is clearly exasperated due to its inability to carry out terror attacks.”

A security official, who spoke on the condition of anonymity, told Geo.tv that the TTP is mainly headquartered in Afghanistan’s Kunar province and does not have a formal structure in Pakistan anymore. “The group has been an amalgamation of various militant outfits with distinct tribal backgrounds. That central control is now fading.” Militants are regrouping on the basis of their tribal identity, he adds, “then there is the question of who gets to control the funds.”