by Zia Ur Rehman

On May 4, Maulana Abdul Haleem, a former parliamentarian elected from Kohistan district, warned women working in non-governmental organizations (NGOs) against entering his district, and said violators would be forcibly married to locals.

“If women working in NGOs enter Kohistan, we won’t spare them and solemnise their nikah (marriage) with local men,” he said.

Haleem, who was elected on a Muttahida Majlis-e-Amal (MMA) ticket in 2002, also opposes what he calls secular education for women and says Islam does not allow women to work outside of home. 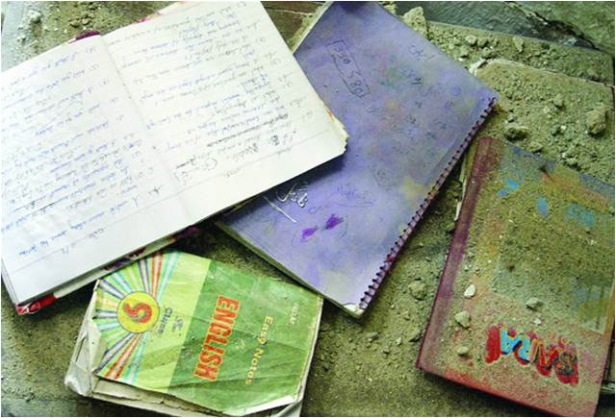 “We have taken the warning very seriously,” said an NGO official, who asked not to be named. “A number of international and national NGOs carrying out their aid projects in earthquake-hit areas of Hazara division have been targeted several times before.”

Attacks on NGO offices in Hazara:

Kohistan and other districts of Hazara division were amongst the worst hit in the devastating earthquake in 2005. National and international humanitarian groups responded to the crisis and began rehabilitation and development projects in the area. Most of these projects still continue.

A senior police official said hundreds of men and women work in over a dozen humanitarian organizations in various parts of Hazara, especially in Mansehra and Kohistan. Local Taliban militants have carried out a number of attacks on the offices of such NGOs and killed their staff, he said.

On March 9, 2010, six people including two women were killed when the militants attacked the office of World Vision, an international aid organization in Oghi tehsil in Mansehra. The dead were Pakistani employees of the organization.

On April 6, 2009, four people including three female staffers of a USAID-funded project Rise International were brutally killed by militants in Shinkiari area of the district.

Unidentified militants attacked an office of Plan International, a British NGO, in Mansehra on February 25, 2008, killing four members of its staff.

“A number of NGOs working in the region have received threatening letters from militant outfits,” said a security adviser working for an international NGO. “In such an environment, irresponsible statements like the one issued by Haleem create security problems for NGOs and their staff.”

“There are several reasons behind these threats,” says Bushra Gohar, a parliamentarian from Khyber-Pakhtunkhwa. “The NGOs that challenged the status quo were threatened and intimidated. Clerics and groups misinterpret religion to threaten peaceful citizens, mainly women and children,” she said. “This is not a new phenomenon in Khyber-Pakhtunkhwa and FATA. Law enforcement agencies have failed to deal with real and perceived threats and their failure has encouraged such elements.”

Rights activists who worked on sensitizing and educating men and women of Kohistan about politics and voting rights were also threatened. In the by-polls held on November 24, women in Kohistan district were now allowed to cast votes.

“I have asked provincial authorities and my party, the ANP, to take these threats seriously and take appropriate action,” Bushra Gohar said.

Pakistan Humanitarian Forum (PHF), an alliance of about 50 aid organizations working in Pakistan, says there has been an increase in targeted attacks against national and international humanitarian organizations and their staff across Pakistan in the last four years. PHF says 19 aid workers have been murdered in the country since 2009 and at least 23 have been abducted. Five aid workers have been abducted and another three killed in separate instances in the first two months of 2012 alone.

Hazara division had been comparatively peaceful until the military operation in Malakand, after which militants fled to the neighboring tribal area of Kala Dhaka (now district Torghar) where local militants led by Momin Khan and Maulana Dost Muhammad were already making inroads.

Soon they began subversive activities in the neighbouring districts of Hazara division, especially in Mansehra, Battagram and Kohistan, attacking the offices of international aid organizations and police stations.

Kala Dhaka was converted from a semi tribal area to a settled area in January 27, 2011 and renamed Torghar, in an attempt to safeguard other parts of Khyber-Pakhtunkhwa, especially the strategically located Hazara division.

Although the local administration and police deny the presence of Taliban in Hazara, journalists and tribal elders say militants are operating in Kala Dhaka and Mansehra districts. Several Kashmiri jihadi group ran eight training camps in Batrassi forests and hills of Paka valley of Mansehra long before the events of 9/11. These camps were eventually closed down.

On February 20, 2010, militants attacked Mansehra and Balakot police stations killing a station house officer (SHO) and injuring nine other policemen. Eight people were killed in an attack on a public rally led by Amir Muqam, a central leader of Pakistan Muslim League, on July 11, 2011 in Battagram.

16 Shia passengers were shot dead in a sectarian attack on a bus in Harban Nala in Kohistan on February 28. Outlawed militant outfit Jundallah claimed the responsibility for the attack.

Locals say the attacks were carried out either by Lashkar-e-Ababeel, a militant outfit headed by Mujahid Mohiyuddin, or the Momin Khan-led militant group operating in Torghar. A local journalist, asking for anonymity, told TFT that Mohiyuddin was also named in the February 25, 2008 attack on the office of Plan International. The militants do not have a strong organizational setup in the area like they had in Swat, and carry out hit-and-run raids, the journalist said.

There is speculation that international NGOs may roll back their operations in the region because of the threats, and that has concerned the local community.

“The suspension of activities of NGOs that are doing good work would deprive local communities of the much needed social services and development initiatives,” Bushra Gohar said.